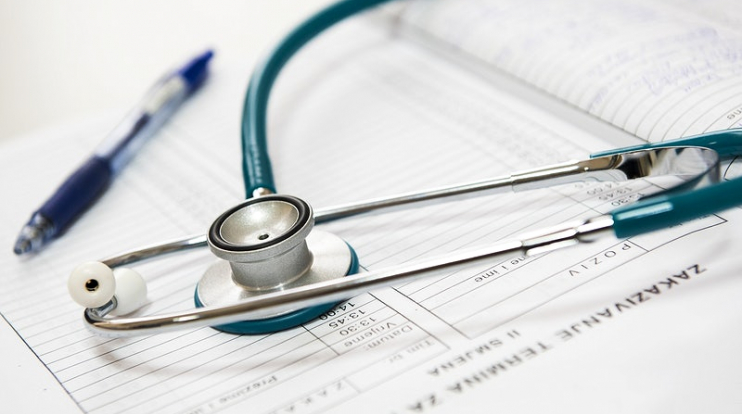 This analysis measures the influence that Members of the European Parliament are exerting over EU legislation and documents of the EP in the health sector. It is part of the series of reports that also includes:

Important: when tracking influence over EU policies, always bear in mind that while individual MEPs are the visible signatories of initiatives or amendments, they are not operating in an information vacuum. Rather, their views and actions are shaped by bigger political and societal forces / pressures that surround them and that they are networking with.

To understand the full picture, you need to look at the strength of these forces and the direction in which they are pushing and pulling. For example, the chart below shows the level of influence of all MEPs on regulation on the health sector, but also the direction in which each of them is working to influence this regulation, e.g. whether they promote a more restrictive or a more liberalised regulatory framework. Particular attention should be paid to the MEPs who are in the middle, i.e. they have both a fair level of influence and moderated views, because in the current fragmented political landscape, these MEPs (swing voters) are the ones that make the difference, i.e. their votes are the ones that decide whether a key paragraph is approved or not.

Note: in the chart below, only the names of top MEPs are revealed. To uncover the full picture, contact us at [email protected]

Our assessment of the most influential MEPs in the field of health places Véronique Trillet-Lenoir at the top of the list. The French Renew member has both an extensive educational background in the medical field as well as an enduring professional experience, working as a university professor and hospital practitioner. Specialising in oncology, she is the chair of the Management Board of the Lyon Auvergne-Rhône-Alpes Cancer Centre and member of the Board of Directors of the National Cancer Institute. In the European Parliament, she is vice-coordinator of Environment, Public Health and Food Safety for Renew Europe and has been co-chairing the MEPs Against Cancer group. She is notably rapporteur on key legislation such as "Strengthening Europe in the fight against cancer - towards a comprehensive and coordinated strategy" and shadow rapporteur on the “EU4Health Programme”.

Currently serving his fourth parliamentary term, Romanian MEP Cristian-Silviu Bușoi (EPP) stands as the second most influential MEP on health policy. He also has a relevant educational background, having a bachelor's degree in medicine and a PhD in public health and health management. Importantly, he is a member of the Conference of Committee Chairs, presiding over the Committee on Industry, Research and Energy. His influence is given by his contribution as rapporteur and shadow rapporteur on relevant procedures like the "EU4Health Programme" and the "European Medicines Agency".

Joanna Kopcińska (ECR) is placed third. The Polish MEP is a doctor and academic teacher by profession, specialising in occupational health. Her influence in health legislation relates to her role as rapporteur for the "European Centre for Disease Prevention and Control" procedure and shadow rapporteur on multiple key reports including the "EU4Health Programme", "Protection of workers from the risks related to exposure to carcinogens or mutagens at work" and "European Medicines Agency". She was also coordinator of the Special Committee on beating cancer (BECA) for the ECR.

In fourth position stands German S&D member Tiemo Wölken. Serving his second parliamentary term, he is rapporteur for the "Health technology assessment" legislative procedure and has participated in a variety of debates concerning health issues such as "Strengthening Europe in the fight against cancer" and "EU Health Emergency Preparedness and Response Authority: ensuring a coordinated EU approach for future health crises", being particularly active on debates concerning vaccination against Covid-19. He is also coordinator of ENVI for his political group.

The top 5 is closed by Portuguese MEP Sara Cerdas (S&D). She has an extensive education in medicine and public health and works as a medical doctor. During her student and professional path, Cerdas was elected for representative positions in the public health field, for example as Vice-Chair of the Supervisory Board of the National Association of Medical Students (ANEM). She is notably rapporteur for the "EU4Health Programme" and "Serious cross-border threats to health" reports.

The big German delegation is the overall most influential one in the European Parliament when shaping health policy. Among the other delegations, Romanian MEPs are the ones punching above their weight the most when it comes to influencing health legislation. The Romanians are the most active (proportionally to the size of their country delegation) in terms of legislative activities on health, followed by the Slovenes. These national groups seem to be gaining further ground compared to MEPs from Western Europe, which were previously seen as more influential. Yet, when it comes to leadership positions on health, the Finns are proportionally the best positioned to leverage their role in the EP to influence legislation, also due to their strong representation in ENVI.

When it comes to health discussions, S&D members are the ones punching above their weight the most, while the EPP Group as a whole remains the most influential due to its bigger numbers in the EP. The EPP seems to be gaining influence on health policy, especially as the focus shifts from Covid-19 to more general discussions. The analysis of the different dimensions of influence also shows important nuances: the centre-left MEPs have the upper hand concerning leadership positions (especially in the key ENVI Committee), while the biggest groups (EPP, Renew and S&D) remain the most influential when it comes to getting the most important legislative dossiers.