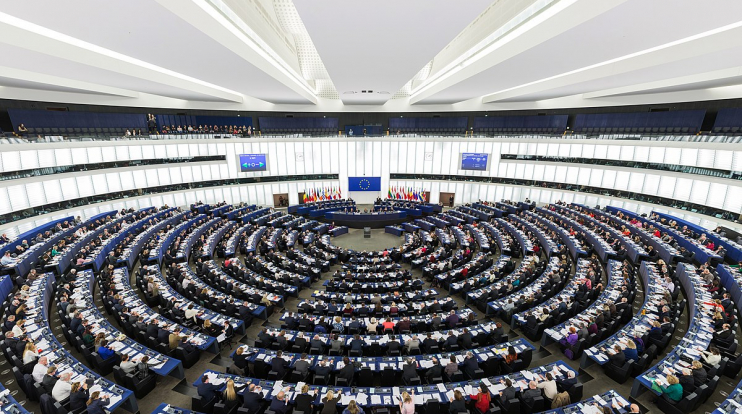 This analysis by EUmatrix.eu measures the influence that Members of the European Parliament are exerting over EU legislation and positions of the EP in general.

This study has been coordinated by Doru Peter Frantescu, CEO of EUmatrix.eu (former CEO of VoteWatch Europe), who has 15 years of experience in measuring the political dimension of EU policy making.

Frantescu explained the reason and methodology of the research:

“This is an objective, qualitative and quantitative analysis that aims to highlight which MEPs are shaping the laws on behalf of over 440 million EU citizens. It is a key instrument to ensure transparency of the democratic side of EU policy making. We have used a rigorous methodology with solid and transparent indicators which were weighted based on our interactions with professionals working both inside the EP and with the EP.

Importantly, different MEPs are influential in different areas, the reason for which we have built both an index of the general/dissipated political influence and separate indices that measure concentrated influence in key policy sectors like energy, health, agri-food, and digital.”

Note to the reader:

This report is not a normative assessment, i.e. it is not meant to suggest which MEPs are “better” than others, but rather which MEPs have found themselves (due to a combination of personal and circumstantial factors) in positions from which they were able to influence EU policy.

In order to assess which MEPs are “better for you”, we strongly suggest that you also track the “direction” in which each MEPs is influencing the policy, as this is key to determine whether that MEP is on your side of the debate or not.

You are currently reading the Overall MEP influence index, which measures the political influence overall in the EP. However, if you are interested in a particular policy sector, you should check out the sectoral indices, as indicated below:

Our assessment reveals Roberta Metsola of the EPP Group as the most politically influential MEP. Coming from Malta, one of the smallest European countries, she is the third female President of the European Parliament. Before occupying this role, she was Vice-President of the Parliament from 2020 until the beginning of this year.

On the second spot, we find German MEP Manfred Weber. Serving his fourth parliamentary term, Weber presides over both the EPP Group in the European Parliament and the EPP party. He is also deputy chairman of the Christian Social Union, the CDU’s ally party in the key State of Bavaria.

Heidi Hautala (Greens/EFA) got the third spot in our list of top influential MEPs. She is currently serving her fifth parliamentary term and has been Vice-President of the European Parliament since 2017. She is one of the most active MEPs in legislation on international trade.

Iratxe García Pérez (S&D) comes in at fourth place in this assessment of political influence. Currently serving her fourth parliamentary term, she has been chairing the S&D Group since 2019, holding a membership position in the Conference of Presidents.

Johan Van Overtveldt (ECR) closes our top 5. His influence is given by his chairmanship of the Committee on Budgets, as well as his position in the Bureau in the ECR Group. He has strengthened his influence by taking on the role of rapporteur on key legislative procedures, mainly on economic and budgetary affairs.

Currently serving his third parliamentary term, Spanish S&D member Juan Fernando López Aguilar stands as the sixth most politically influential MEP in our list. He is Chair of the Committee on Civil Liberties, Justice and Home Affairs, a position he has been holding since 2019. This MEP has an extensive contribution as rapporteur, mainly on dossiers concerning civil liberties and the digital transformation.

German MEP Bernd Lange (S&D) stands in 7th place. He is currently serving his fifth parliamentary term and has led as Chair of the Committee on International Trade since 2014. More recently, Lange has obtained a chairmanship position in the Conference of Committee Chairs, boosting his influence in the European Parliament. Between 2019 and 2021, he was also Vice-Chair of the S&D Group.

Another rising politician is French MEP Stéphane Séjourné. Last year he became Chair of the Renew Group in the European Parliament. He was previously leader of the Delegation for relations with Mercosur (2019-2021). He is also Secretary General for his national political party, Renaissance, previously known as "La République En Marche!", and is considered to be a close ally to French president Emmanuel Macron, having served as his political adviser in the past.

Dutch MEP Bas Eickhout comes 9th in this ranking. He has been Vice-Chair of the Greens/EFA Group in the European Parliament since 2019. Importantly, he is also one of the most influential MEPs in environmental legislation, and he has been Vice-Chairman of the Committee on the Environment, Public Health and Food Safety since 2019. He is also the coordinator of environmental policies in his political group, given his extensive experience in the field.

The final MEP to make it to the 2022 top 10 ranking of political influence is Othmar Karas (EPP). The Austrian MEP's influence comes from his current role as Vice-President of the European Parliament, a position he has held also during a previous term, between 2012-2014. Presently serving his fifth parliamentary term, he is Vice-Chair of the Subcommittee on Tax Matters. He has also been active on actual legislation as rapporteur on economic and budgetary files.

See our overview of the top 20 most influential MEPs:

Which political groups are punching above their weight the most?

While the EPP Group as a whole remains the most influential due to its bigger size, our assessment shows that S&D members punch above their weight the most when it comes to average influence. Yet, the differences between the proportional influence by the Members of the EPP, S&D and Renew are very small, which indicates a certain degree of balance in the power dynamics within the European Parliament. Overall, it seems that the EPP and its allies have become better equipped to counterbalance the centre-left majorities that were more prevalent in the European Parliament at the beginning of the term. This was also notable in the latest reshuffle developments: EPP getting EP President and Secretary General, ECR gaining a Vice-President to the detriment of the Greens, etc..

Due to its central position within the political spectrum, Renew Europe MEPs punch above their weight when it comes to getting leadership positions, important legislation or simply winning votes. Yet, EPP and S&D MEPs have stronger networks, on average, as S&D members recently gained stronger representation in the Council (although they are set to lose governmental participation in Italy and Sweden), while EPP members are the most experienced ones in the European Parliament.

Among the smaller groups, Greens/EFA is the most influential, as its members punch above their weight with regards to leadership positions in the EP, getting hold of key legislative files and their overall voting performance. However, ECR members punch above their weight when it comes to their network, due to the relatively strong representation of this political family in the Council and its higher share of experienced MEPs.

ID members remain isolated in the EP, as reflected in their relatively low scores with regards to their leadership positions in the EP, their legislative activities and the size of their network. On average, the members of the ID group are slightly more influential than non-attached ones.

Which national groups are punching above their weight the most?

When taken as a whole, the German and French delegations in the European Parliament are the two most influential ones. However, the Germans are exerting much more influence, as the French delegation is substantially more fragmented (about a third of this delegation belongs to isolated groups). When it comes to proportional influence, certain smaller delegations tend to punch above their weight the most. The small Maltese delegation is obviously punching above its weight due to the election of Maltese MEP Roberta Metsola as the President of the European Parliament earlier this year. They are followed by Luxembourgers (who have the best voting performance on average) and the Finns (who are strong with regards to both their network and their legislative activities).

Three small national delegations punch below their weight the most: Slovakia, Cyprus and Slovenia. These delegations obtained proportionally fewer leadership positions in the European Parliament compared to other national groups, while the Slovaks are also penalised by their low political network scores (notably, only one of their MEP has a direct link with the Slovak national government).

With regards to the largest delegations, the Germans tend to perform better, on average, than Italians, French and Spaniards. The main factor is the strong German representation in leadership positions, which is due to the fact that the Germans are the biggest delegation in both the EPP and the Greens/EFA, and one of the largest in S&D and The Left. The influence of the German S&D delegation is strengthened by their enhanced status at home after winning the elections and getting the Chancellor position after almost 20 years. German S&D might become even more influential as the Italian S&D party will soon be in opposition at home, while the Spaniards are also in a difficult position as they face a tough electoral battle next year. Despite losing the elections, the German CDU/CSU currently holds the Presidency of both the EPP group and the EPP party through Bavarian Manfred Weber, thus consolidating their control of the group for the remaining part of the term.

Italians and French tend to underperform also due to the fact that many of them belong to the ID group, which is excluded from allocation of leadership positions in the European Parliament. Also, most French MEPs are from parties that are currently in opposition in Paris, which reduces their overall political weight in the EP. However, the French have gained ground over the past year, as they were able to get the leadership of the Renew Europe Group (something that they could not achieve in 2019), thus increasing their leverage in the most pivotal group in the EP, as demonstrated by the high score in terms of winning votes. Despite losing the Presidency of the EP, the Italians managed to compensate by getting other leadership positions and key legislation. However, many experienced Italian MEPs are about to leave the EP following the national elections, which is likely to diminish their overall influence for the last part of the term.

Finally, some delegations are also losing ground, most notably the Romanians, as their leverage in Renew has diminished after the replacement of Cioloș as group leader and internal splits within the party. Yet, they remain an influential delegation overall, since they have strong representation in the EPP, S&D and Renew. The influence of Polish MEPs remains stagnant, due to their concentration in a single group, the ECR, that plays a more marginal role in some policy areas. This also makes it difficult for the Polish to get key legislative reports, as they are among the worst performing when it comes to legislative activities (even though there are exceptions as our sectorial assessments show). Notably, the Hungarians perform the worst, proportionally, when it comes to legislative activities, as their biggest party is currently without a political group and, as such, unable to steer legislation in the EP.